When planning our trip, we knew one thing. We wanted to explore the West of Australia as we didn’t know a great deal about it and people mostly talk about the East. Well, how we loved the West and all it had to offer. After our brilliant stay in Perth, we picked up Tina the Toyota (as mentioned in my previous post) and set off on our 8 day West coast road trip.

Has anyone seen The Sinner? Our motel looked just like the one from the first episode of Season 2… After we got over this minor detail, we set off to firstly find lunch (crucial) at the Lobster Shack- definitely worth a visit. After that we headed to the Pinnacles- what Cervantes is famous for. Pretty cool and we even had our first emu sighting!

Eat in Jurien Bay nearby at night. Although there’s not much there, it has a few more options than Cervantes.

After we left Cervantes, we made a pit stop at Hangover Bay before driving to Kalbarri for 2 nights. That was 100% worth it. Potentially the bluest sea I have ever clapped eyes on, the whitest sand… and a pretty much deserted beach. We relaxed there for a while and soaked up the peace before heading further north. Couldn’t recommend this stop enough. Definitely would have spent longer there if we had had time. 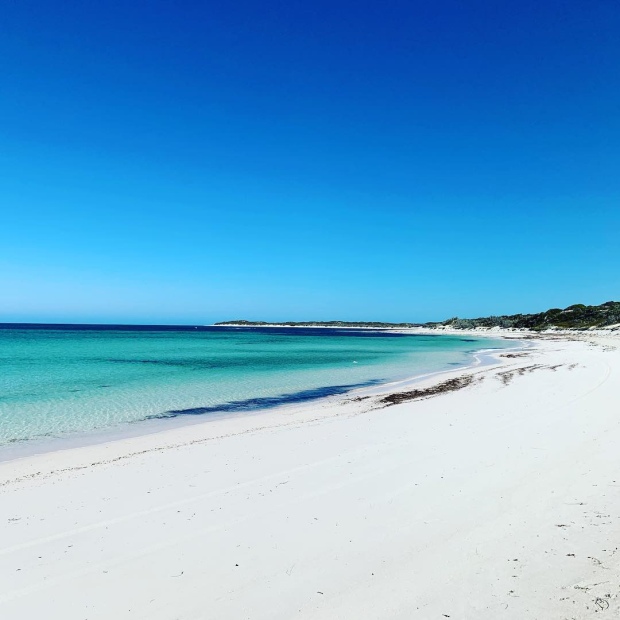 Such a sweet little town! We had 2 nights here and spent Australia Day here. It was also the place where we saw at least 25 kangaroos in the same place at once, during sunset where the sky was pink! Definitely sounds too good to be true… but it did happen I promise! We also had a delicious meal there at ‘Upstairs Restaurant’ (100 points if you can guess the location). The food was tapas style and we had the most delicious local prawn sliders… so good we ordered another portion. I also managed to knock over my full gin & tonic there- typical me! We explored the different surrounding beaches, from Chinaman’s to Jake’s and they were fab. Despite this, the wind was absolutely ridiculous. I have honestly never been somewhere so windy – I thought my sunbed was going to literally take off into the air and fly to the next town. On Australia Day, there was the sweetest little market in the town & in the evening we shared a pizza and sat on a hill overlooking the fireworks- we could have been the only two people there, it felt really special.

The main attraction in Kalbarri is the National Park, where Nature’s Window is. We went there the morning of Australia Day and did a few mini hikes to different lookout spots. Nature’s Window was super beautiful. The flies were releeeentless here though- Sam, usually the most laidback person in the world was waving his hands around as if he was doing a fast-forwarded, frantic ‘Tragedy’ routine. Another wonderful sight are the Pink Lakes near Port Gregory- so bright, beautiful and vast…. and smelly. Despite this, they really were amazing and our cameras just couldn’t pick up the colour, just take our word for it… they’re gorgeous.

The pelican feeding at Chinaman’s beach

(Side note: the nectarines in the local shop were the best I’ve ever had) 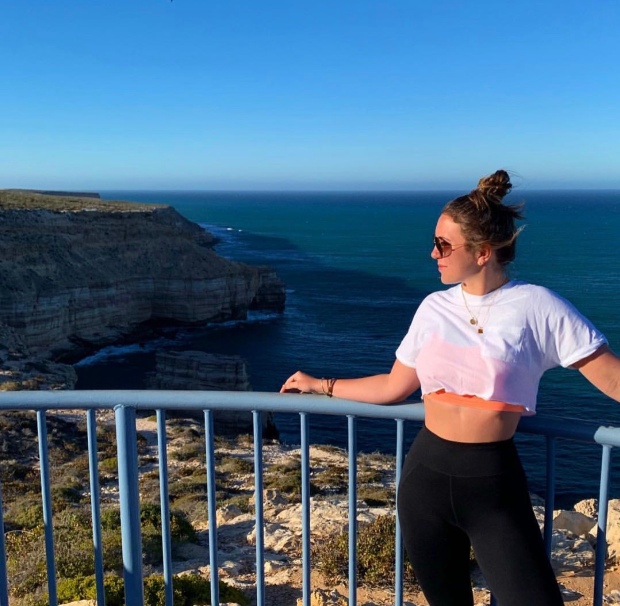 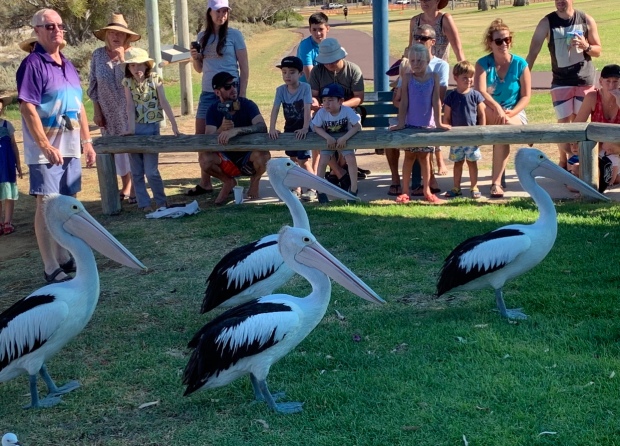 Maybe our favourite stop on our road trip. From the moment we drove into the bay, we loved it. Walking to our room, we saw two dolphins swimming across the bay. Such a great resort, the only one in Monkey Mia and they have all types of accommodation from camping, to apartments. We had a beach view room and it was definitely worth it. The sand was like molten lava, but worth burning the soles of your feet for. We spent our two nights there in total awe of the wildlife. Monkey Mia on Shark Bay is known for the wild dolphins that swim and play in the sea really close to the shore. We virtually spent 2 days in the sea. Watching a group of 6 dolphins make their way towards you in the water just never got old. They have dolphin feeding early every morning run by volunteers, although the dolphins are wild. They only feed the mothers and only a very small amount, as they want them to stay as wild as possible. They also don’t touch them if they can help it.

The sunsets here were also incredible. We would definitely go back there, a completely unmissable destination.

If you want to be chosen to feed a dolphin- grin like a lunatic- we were told they love a grinner… so that’s exactly what I did… and was picked! Or wear something bright.

Take a snorkel!! Loads of amazing fish as well as the dolphins. 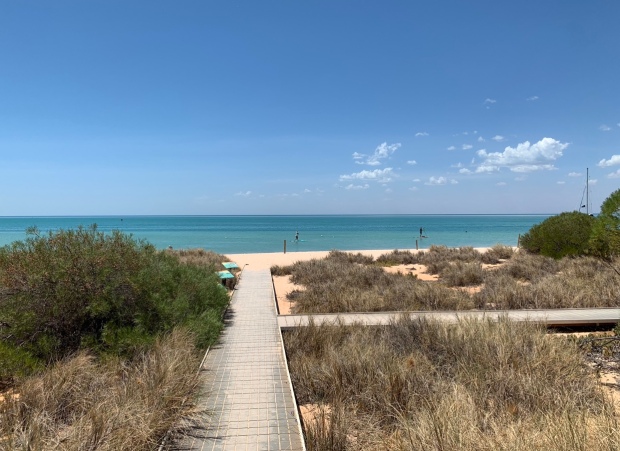 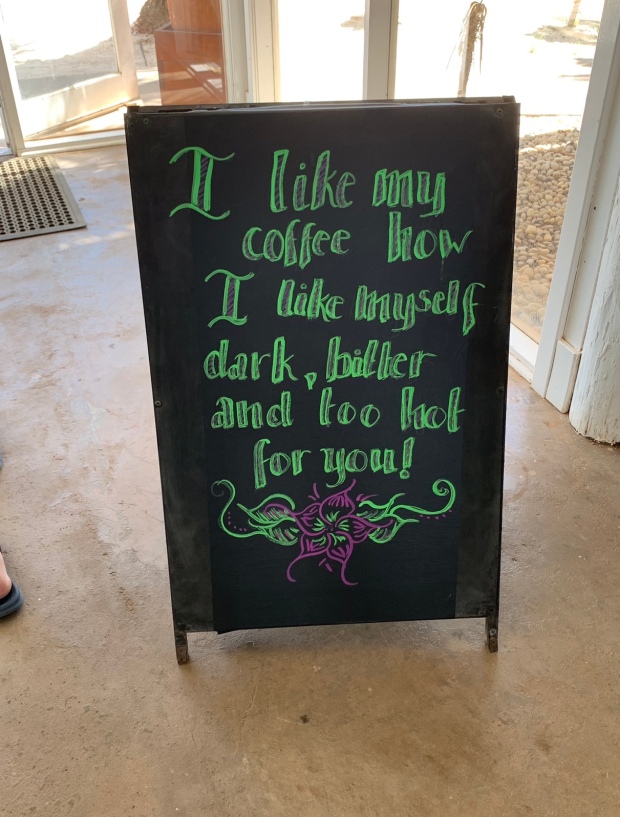 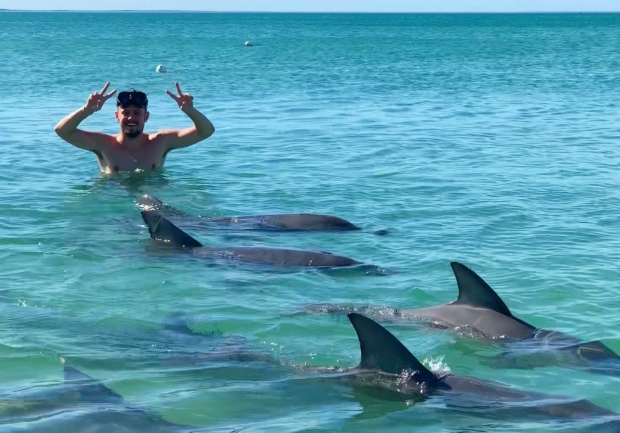 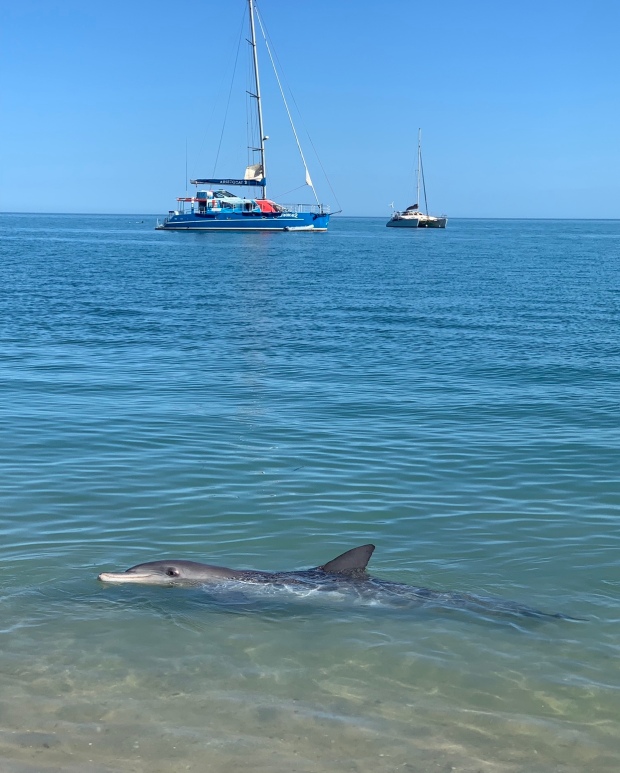 What to say about this town….it was pretty strange to say the least. There was a pretty lake, but other than that, I would say we saw a total of 10 people. Now, we actually quite like exploring really quiet, seemingly empty places.. but this honestly felt like a ghost town. There wasn’t really anywhere we could find for dinner, so we ended up sharing a hot deli chicken in the room that night… Although we wouldn’t go here again, it was just a stop off and for that… it was ideal. One place that was worth seeing though, was Quobba, where there were some amazing blow holes. Every time the water spouted out of the holes, a little rainbow appeared in the sky!

Stop 5- Exmouth on the Ningaloo Reef

This is a contender for our favourite place. So so cool. Emus walking around the garden areas of our hotel, drinking from the fountain. Amaaazing snorkelling where you can see turtles and whale sharks ( in season). A great local brewery with the hot jalapeño dip that I promise I will only mention one more time. We met the nicest couple snorkelling at Turquoise Bay, who said they would send the photos they took with their GoPro of the turtles we all saw together – still waiting for those Ken!! We forgot Sam’s GoPro and so we just had to enjoy the turtles in real life!!!!!! Shock horror!!! Also the most beautiful colourful fish and even sea cucumbers!

We stayed at Mantarays Ningaloo Beach and had potentially the best avo toast I’ve ever eaten – for anyone that follows me on Instagram- sorry to mention it again. It had goats cheese, delicious, soft but not toooo runny poached eggs, fresh chopped tomatoes, sourdough toast and a drizzle of balsamic. Wow. I’ll just leave that there.

Make the drive to Turquoise Bay, it’s definitely worth it. Turtles!!!!!

Go to Froth Brewery to eat- fresh prawn & avo salad ( can you tell I like avocado) and of course the mother of all dips. ( Told you I wouldn’t directly mention it again) 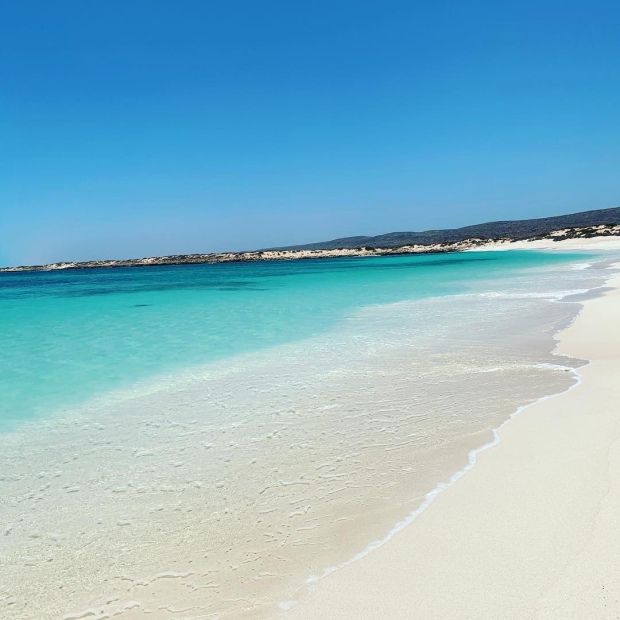 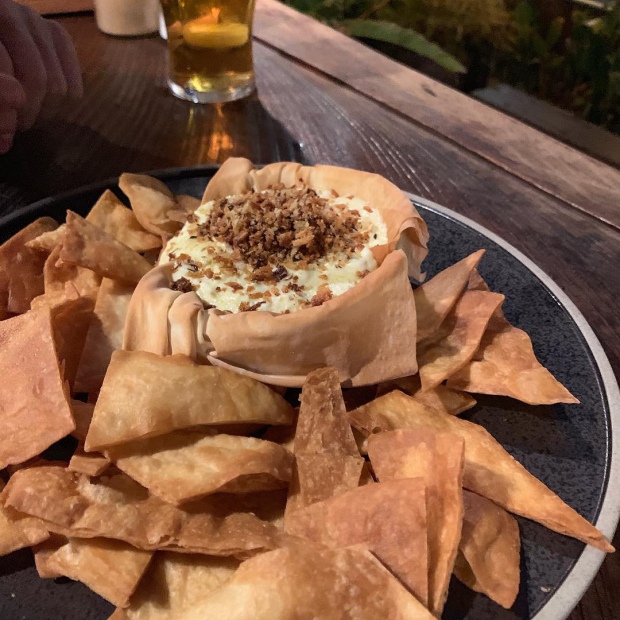 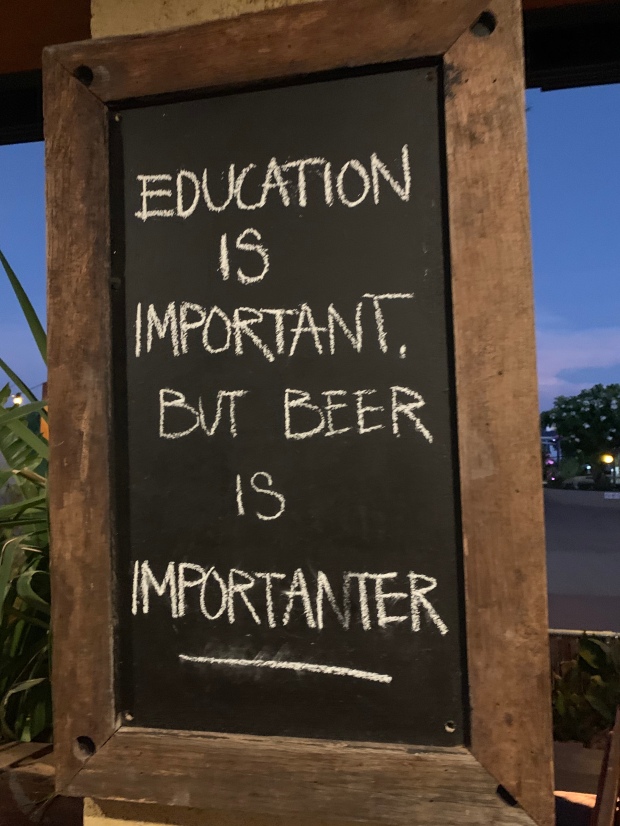 After that, we flew back to Perth and spent another few lovely days with Sam’s family.

Top recs and tips of the West:

* Monkey Mia for the wild dolphins and epic sunsets

* Exmouth- Turquoise Bay for the turtles and beaaautiful beaches. 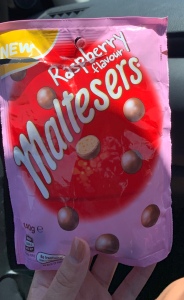 * Snorkels are a must everywhere- can’t believe I’m actually saying that as a fairly nervy sea swimmmer but they’re definitely a necessity.

* Set off early for any hikes- the sun takes no prisoners.

* The roads can be very long and very empty of both other cars and loos. Go when you get a chance!!!! And make sure you have a Spotify playlist that you and your travel buddy agree on- we have mostly different music taste, but we did agree on the Kisstory Old School Anthems playlist- bit of Nelly, bit of TLC, bit of Akon.. we’re both happy.

* Kalbarri National Park- go early because we were told it gets really busy.

* Quobba Blow Holes- bit of a drive out the way but definitely worth seeing.

* Watch out for kangaroos on the road, they literally just dart out in front of you!

Thanks for reading xx

2 thoughts on “Our Western Wander”