My boyfriend Sam and I road-tripped the East side of mainland Canada and Newfoundland this summer. Other than our car breaking down and being stranded in the middle of nowhere for an entire day (reduced story on Instagram), it was wonderful. We had the most amazing time, with a real mix of city and outdoors. I just wanted to leave my tips for each place, if you’re ever thinking of exploring the beautiful country that is Canada.

We started off in Toronto on 1st August. As soon as we arrived we loved it and felt really excited by the buzzy city and atmosphere. One thing I loved in particular about Toronto was its various areas, which all felt totally different from each other, such as Kensington Market, Dundas Square and Yorkville. It was one of my favourite cities I’ve ever been to and really could imagine myself being there for a chunk of time. A few Toronto tips:

1. If you haven’t been before, buy ‘hop on hop off’ tickets. It’s a great way to get around any city and the Toronto one in particular was great and the guides had so much enthusiasm!

2. CN Tower- I loved this. It was incredible and not to state the obvious… but it is SO HIGH. I actually couldn’t believe it. If you’re a slight wimp like me, do push yourself to walk on the glass floor, it’s worth it! Don’t bother buying an overpriced cocktail at the top though, they’re tiny. One plus though, they came with little CN tower stirrers… so if, like me, you love a bit of tat, go for it.

3. Ripley’s Aquarium- you can book this as a package with the CN tower, definitely worth a visit. Amazing jellyfish and shark tanks and some very excitable sting rays!

4. Burger’s Priest- pretty decent priced burger restaurant/fast food- really tasty but the chilli cheese fries aren’t worth it. Also, don’t buy a fizzy drink can from their fridge unless you want an entire can of coke exploding all over your skirt on the first night. (I’m sure that was just me)

5. There’s always loads going on at the weekend, especially in summer it seems. To name a couple, there was a Caribbean music festival going on when we were there (unfortunately not Sam’s scene), and an amazing temporary exhibition at the National History museum with music and drinks on the top floor.

6. Pancho y Emiliano was a tiny, yummy and authentic Mexican restaurant in Kensington Market, worth the walk just for the delicious homemade guac and white sangria!

7. Casa Loma- a gothic mansion, castle style home converted into a museum. Films such as X-Men and Chicago have been shot there! It definitely had wow-factor.

8. We did a lot of eating….but another place worth a mention is Pizza Libretto, pretty pricey just for pizza, but the most delicious truffle mushroom one I’d had in a while.

We travelled to Algonquin National Park on the way to Ottawa and it was spectacularly beautiful. We unfortunately didn’t have time to kayak there, but it looked incredible. Just the most peaceful, vast space. We loved it there. Despite our lack of water sports, we made time for poutine here. If you don’t know what poutine is (what are you doing with your life), it’s cheese curds, chips and a gravy like sauce. In other words, the best food in the world. The poutine at Algonquin was our favourite of the whole trip, totally unexpected, but perfectly crispy, hot chips, melty cheese curds and the tastiest gravy. All in all, a winner.

After Ottawa, we went to Mont Tremblant National Park, which again was gorgeous. We hired a pedalo and spent the afternoon pootling around the lake. Tip: eat before you go, the sandwiches are questionable, to say the least. Mystery meat anyone? We travelled onto Montreal, a really cool, vibrant city where we stayed for 3 nights.

1. There were brilliant street performers when we were there, go a bit early for dinner and enjoy the lively shows.. you won’t want to leave.

2. We went to Parliament, but not for long and we wished we’d had more time. It was so beautiful from the outside and the whole area was so clean and looked after. I would definitely recommend having a chunk of time to look around there.

3. We hardly had any time there due to our car issue, but I would definitely go back as there’s loads of other attractions- I’d recommend going for 3 nights at least.

1. Hike up to Mont Royal, there’s an amazing view over the city, but definitely don’t wear a skort…. Tried and tested- it’s a no from me.

2. The Montreal Museum of Fine Arts is FREE!

3. Crescent Street- I’m 99% sure this is the name of street we ate on every night. It was lively, bright and had such a varied selection of restaurants. We loved the (very originally named) Burger Bar and I had the Buffalo chicken mac and cheese- you have to be a spice lover though, otherwise you’ll end up taking it home in your handbag. Reaaaally hot.

4. Street food market at the pier- also a brilliant maze which we thought would be easy after glancing at the average age in the queue- we were so wrong. It was really hard! But we had such a laugh and even got a slushy at the end to continue the childhood nostalgia.

We made our way to Quebec City, one of our favourite parts of the trip. Neither of us knew that much about it before we arrived and had never known anyone that had visited. Sam said this was his favourite city and I would almost agree. It had some wicked bars and restaurants (sensing a theme here) and it was beautifully kept and historic, which still being modern and cool.

1. Old town- as beautiful and charming as you could imagine. Definitely worth a visit. We felt as though we were in a European city from about the 1950s.

2. Walk along the Terrasse Dufferin, all the way to the end and climb the stairs…. Yes they will seem endless, but the view is worth it.

4. Visit the Citadelle- the residence of the Canadian monarch and military base. You walk through a private gate, explore the area and learn masses about Canadian military history. I know I’m not selling it, but just go, you won’t regret it.

5. I feel like a total tease recommending this, as it’s both unhelpful and frustrating. But on Grande Allée, we had the best grilled cheese sandwich of our lives. The restaurant was right at the top of the street, I can’t remember the name of it. But we shared it and it blew our minds. I’m rambling because I can’t remember anything else, but I’ll just leave that there.

6. Fireworks- Every Wednesday and Saturday in August, there are fireworks across the water between two cities. Apparently, they are absolutely amazing. We had every intention of going… but totally forgot about them once we started our hunt for dinner and then I got distracted by a dj playing Sean Paul outside our restaurant…. Next time.

We had two other night stop offs in Rimouski and Moncton, which we liked a lot more than we thought we would. I won’t go into detail, because we just happened to stop there on our route, they probably aren’t common visiting spots. One last park was Jacques-Cartier National Park, perhaps our favourite one. There was just something so special about it and I took an excessive amount of photos. There was the brightest blue, clear sky that day, so maybe that helped.

After that, we flew across from Halifax to Deer Lake in Newfoundland and spent a magical few days with amazing friends. That deserves its own post, so I will write my tips and document our Newfoundland adventures another time *everyone heaves a sigh of relief that this post is nearly over* Thank you so much for reading, after reliving our foodie (piggie) experiences, I’m off to eat a salad. 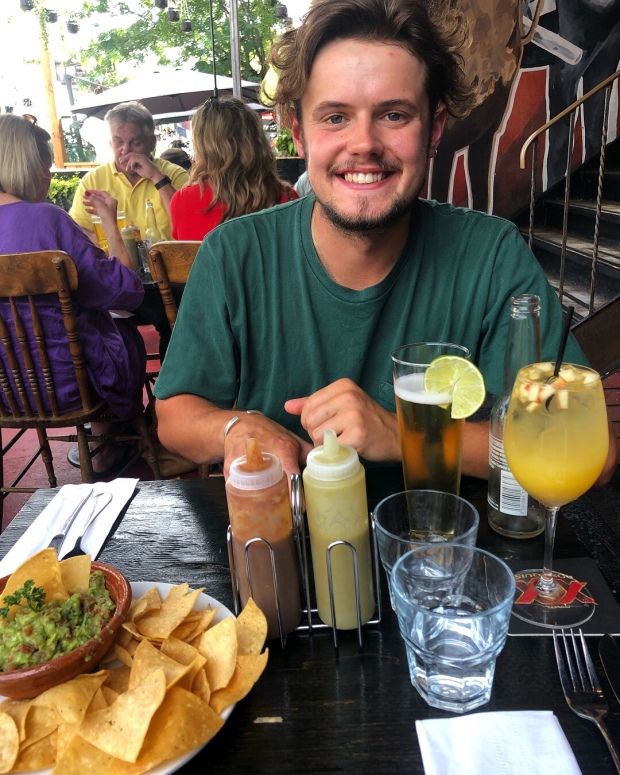 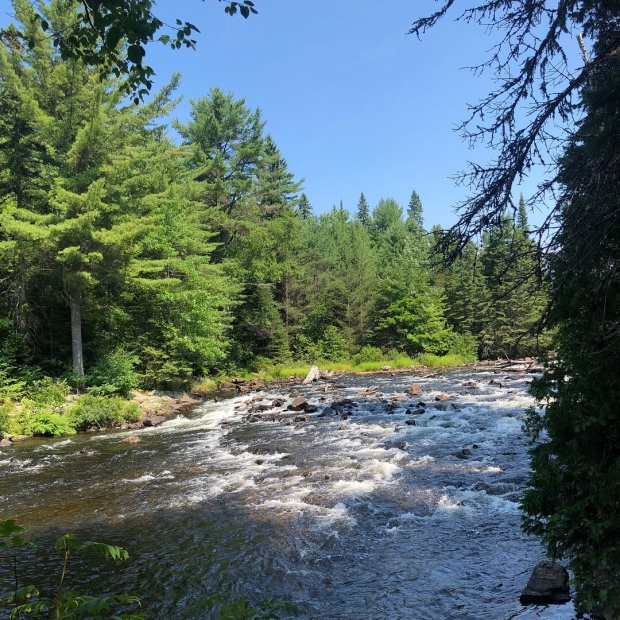 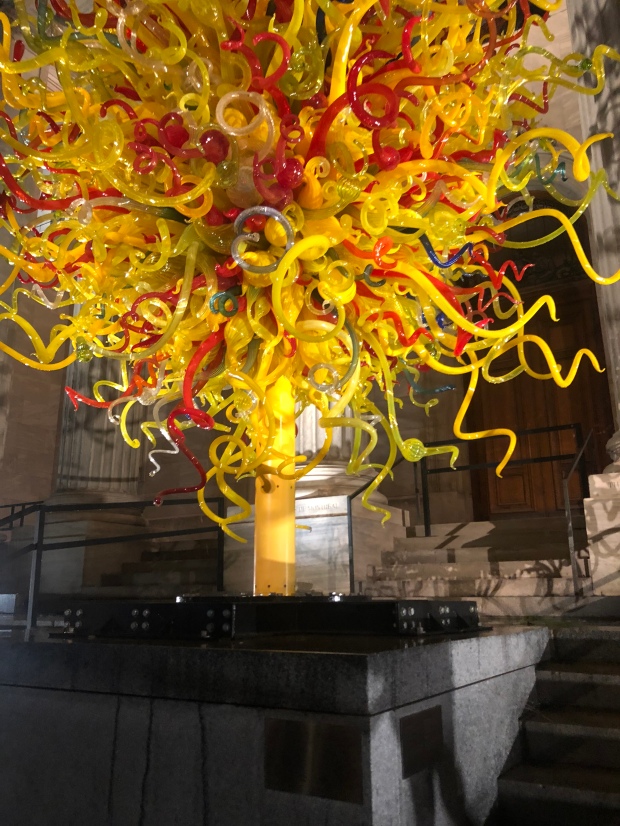 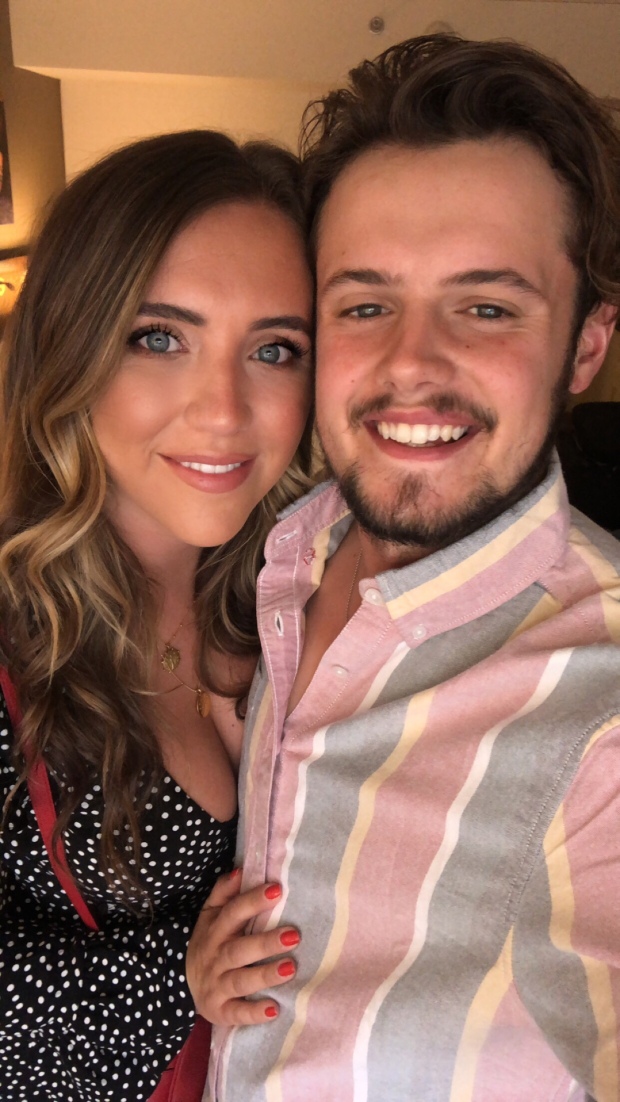 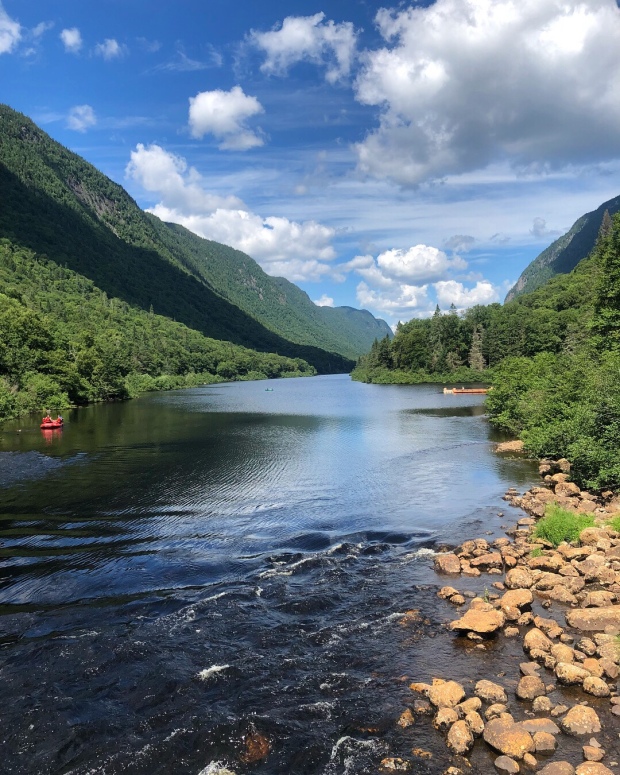